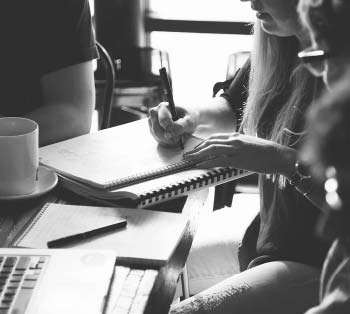 ​Our Temp Desk has found the market to be fair this year, and was highly successful at filling bookings quickly, and without compromising on quality. Of the many roles we’ve worked on recently, the majority were Executive Assistant, Team Assistant and Reception positions. Office Managers and Co-ordinators in such fields as HR, Events, Marketing, Legal, Facilities and Finance largely made up the remainder of jobs filled, though Victoria Wall Associates remains committed to providing a bespoke service to fill the more unusual jobs too.

Most clients retain a preference for regular temps, that is to say those individuals who have been there before and aren’t seeking permanent employment – so can return indefinitely. This is largely to establish long-term relationships and preserve organisational consistency in anticipation of future bookings. For many clients, only an emergency will lead to compromise in this area, with some preferring to go without a temp rather than take someone new or soon-to-be-unavailable. Clients for whom this is a major concern recognise the need to anticipate cover as early as possible.

Temps who best fit this description are usually individuals working to subsidise their creative vocations or personal projects, and who bring with them a brightness and fulfilment derived from having more than one outlet. From this pool VWA further sifts those candidates who add extra value in terms of warmth and vivacity, and who are likely to be seen as having made a positive contribution by virtue of their personalities as well as their technical abilities.

Though some clients continue to cap the maximum hourly rate they’re prepared to pay, there is increasing recognition that, in a candidate-driven market, flexibility is necessary to remain competitive and attract the best available. Typical temp rates for receptionists run from £12 plus holiday to £15 plus holiday, and occasionally even higher. Team Assistants shouldn’t really go for less than £17 plus holiday, otherwise the belief that they can earn more elsewhere may act as a pull factor. Executive Assistants tend to seek at least £20 plus holiday and upwards, with higher rates typically being reflective of both experience and the difficulty of the role.

Mirroring developments on the perm side, temp candidates are increasingly attracted to companies with positive and flexible environments instead of established names and brands. The most dramatic reflection of this shift is the occasional situation in which a temp opts to earn less elsewhere, or even go without work, rather than accept a well-paid role in which they might feel undervalued.

Overall, while some remain unfazed by frequent changes in location and duties, they enjoy being part of a team, and as such share the clients’ desire to build long-term relationships. Temps with such relationships are often the most loyal and flexible, recognising the mutual benefit of both parties going the extra mile.