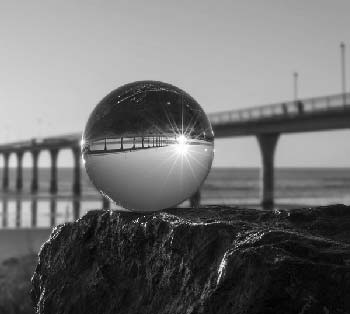 I doubt anybody would be particularly shocked to read my opinion that the country has been in something of a state of flux for the last few years. Yes, I thought so – the only jaws to drop with that bombshell were ironic ones. It’s therefore no easy task to predict the market for 2020, but let’s dust off the crystal ball and have a crack…

With the pound still bobbing up and down like jelly on springs, and permanent salaries on the rise, it’s likely that increases in hourly temp rates will continue. Whereas temps once saw their pay slowly inch up with experience over time, they are now more likely to expect compensation determined by the difficulty of their role, regardless of how long they’ve taken to climb the ladder, six years or six months. This trend will almost certainly continue.

Candidates in the Driving Seat

Candidates will remain in the driving seat so far as recruitment is concerned. It’s rather humbling for both agencies and HR departments to admit to themselves that the candidates have the whip hand, but the fact is they do. The days of being grateful for having a job are over, consigned to history along with that golden epoch wherein it took more than just a rogue Tweet to derail a promising career. Whether we like it or not, it is for employers to court employees both current and potential, and they can only do that with competitive packages and appealing environments.

Last year the number of temp-to-perms increased as more firms favoured a cautious approach in anticipation of performance issues and hiring freezes. This mindset extended to rolling temp positions which, whilst formerly limited to fixed-length assignments, reoriented to include “ongoing temp with the potential to go perm”, a step short of formal temp-to-perm. We believe this will continue, both due to extra caution on the part of employers and also because, with resignations at a modest level, there often aren’t enough candidates to sustain a straight perm process.

This is the BIG one. This is where I lay myself open to a large dollop of humble pie come 1st January 2021… Since I entered the recruitment game, and I’ve been both in-house and agency-side, it’s largely been the case that London prefers to recruit on experience over raw ability. Or rather assumes that the former guarantees the latter. In practice what I mean by that is that the majority of firms would rather take on someone from the same sector who has performed a similar role to the one on offer, instead of somebody changing industry or career who might actually be better due to their ability and keenness for the role. There are some companies who aren’t remotely interested in where you’ve come from, and still more who will look beyond their profile if they absolutely must. But the majority stick rigidly to recruiting from their own hinterland, regardless of whether it lengthens the process and eliminates good candidates.

However, one of the laws of survival in difficult times is that luxury must give way to necessity. You must innovate to endure. Consequently, my fourth and final prediction for 2020 is that, should those who feel this state of flux will end badly be proved right, it will be necessary for hiring managers to relax their profiles and sever the connection between background and performance. Should the optimists be borne out then that’s wonderful for all concerned, and with a sigh I’ll downgrade the possibility of opening up from prediction to hope.