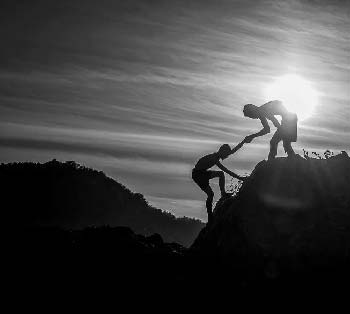 ​At one time or another the members of every generation will indulge the habit of recalling, with a mixture of nostalgia and perplexity, whatever it was that formerly constituted standard operating procedure when they were younger. For those alive today, technological change will often feature in these reminiscences. For instance, it still seems baffling to me to remember times when my parents were delayed picking me up from school and I had to wait for them to arrive, marooned by the lack of mobile phones which today would have freed me to find an alternative route.

Although this growth in technology, and specifically communication technology, has made us much closer neighbours than we were before, it has also given the false impression that the old methods of social interaction – i.e. those performed in person – can be supplanted. They cannot. Not in the home and not in the office either. Not because the new technologies are false gods in any way; indeed, I love them all so much that I am unashamedly the kind of person who feels physically uncomfortable at the thought of being separated from my iPhone or unable to access a freshly-minted Netflix release. It is because these technologies cannot – yet – account for one fundamental element of the human animal, which is that he/she is an innately social being. We need each other, and when we cut ourselves off we risk losing perspective. Our self-awareness becomes hazy, and our grasp on what is current and reasonable is loosened. We become poor imitations of our true selves.

In recruitment, no online platform, no matter how advanced its algorithmic splendour, has taken the crown away from the importance of actual relationships. I had the great pleasure of being told by a client recently that they don’t actually read the CVs we send anymore because everyone sent so far has been great. That trust can’t be replicated. Nor can our confidence when a good candidate refers someone to us. We know them and have the measure of their word, so if they say someone is good we know what to expect.

Relationships aren’t going anywhere, regardless of how much they may be tailored to accommodate technological shifts. That’s why recruiters in the decades to come will still be tapping their contacts, arranging meetings and going with their instincts when blogs like this have long since gone the way of VHS players and Minitel.