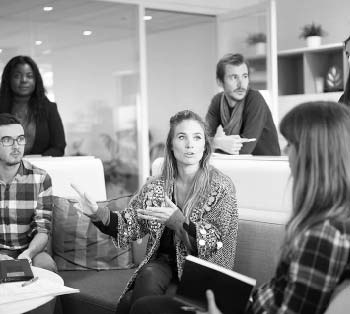 Like a lot of people stabled in this glorious metropolis, I’m not originally from here. I hail from outside and have slowly become “Londonised”. This accounts for certain alterations to my character, such as a marked frustration with pedestrians who meander all over the pavement. It’s also thrown up the need to readjust whenever I return to my native Sussex, for London attitudes don’t necessarily travel well.

A good example of this culture clash occurred when the Watts family came together at Easter. Amongst other talking points, the question of millennials reared its head, and certain elders expressed their concern at how their progeny’s progeny expects too much in life. Mortgages, bosses, taxes, interest rates etc. were apparently all worse during the 1970s, but everyone just got on with it because their ambitions were more realistic. Although I wasn’t convinced by this analysis, I found the topic fascinating since the discussion of demanding millennials isn’t confined to the old and the new; it thrives in quite progressive, cosmopolitan environments.

Hiring managers and the recruiters who service them often run aground on the thorny issue of candidate expectation. This is nothing new; attracting talent when the talent knows it can get a better deal elsewhere has always been difficult. It’s the extent of the expectation that’s proved a recent gamechanger. HR and search personnel may longingly harken back to a bygone age when a good name and a competitive salary were enough to coax the best and brightest through the door, but that nostalgia won’t reverse the tide. We may memorialise the era when candidates stayed put for a good two years, but the ratio of those willing to do so has shifted regardless. It might be that we smile indulgently at the 2017 grad sat opposite us, humouring their catalogue of requirements, and believing that a few brutal months in the job market will bring them back to Earth. But we know deep down they might just get exactly what they’re looking for first time around.

Now more than ever before, the difference between a job spec being received enthusiastically or indifferently is a question of net advantage, not just brand and compensation. It’s the amount of leave and flexitime on offer; it’s the extent, or existence, of a personalised benefits package; it’s the architecture of the offices; it’s the tone and attitude of the co-workers. If these boxes aren’t ticked and you’ve still hired someone amazing, believe me you’ve got lucky, because they were looking for more.

Is this situation indefinite? Perhaps not. Luxury will always yield to necessity, so the cyclical nature of economies may eventually devour the millennial spirit along with the odd failing company or outdated product. My question is, would that actually be a desirable thing? Granted it’s the answer to a recruiter’s prayer to work with candidates who just want a job. But there’s no denying that in the fight for employee engagement, green workspaces, flexible hours and diversified benefits, the millennials have been in the vanguard. The day may dawn when freshly-minted talent can no longer cherry-pick, but we have come too far to turn back entirely. That’s why the employers most likely to retain (and deserve) good staff in future will have embraced these changes out of conviction, not opportunism, and will seek to keep them in place despite the candidates losing their bargaining power.