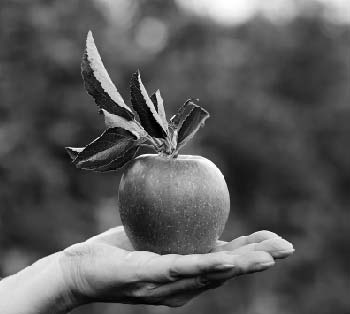 It’s not unusual for a candidate to progress to final round with a client, nail the interview, receive an offer and not accept immediately. They want to mull it over, weigh up their options and seek advice from peers before saying “yes”. The client, whose expectations have hopefully been properly managed, is usually understanding of this. But from time to time we encounter a client who seems genuinely dumbfounded that the candidate doesn’t enthusiastically accept without hesitation. That candidates are sometimes a little unrealistic in their expectations is a given, but here are a few tips from the “VWA School of Hard Knocks” to help clients get their offers accepted with a minimum of soul-searching:

1) Offer the salary expectation – at the minimum

Companies usually give a salary bracket or at least describe the pay as “competitive” when advertising a role. If a candidate is presented as looking for X salary and you agree to see them, don’t have them progress to offer stage and then come in with a lower figure. It’s a massive demotivator. If you question whether their experience warrants the amount they’re looking for, do so earlier on in the process.

There’s nothing wrong with ambiguity in a hire, like a maternity cover’s length being impossible to estimate, or the exact quantity of allocated professionals being as yet undecided. But that needs to be shared information from the beginning. By entering a process candidates are signing on for something. If what they’re offered after running the interview gauntlet is something different, it shouldn’t come as a surprise that they’re lukewarm.

3) Remain in tune with the market

All companies exist because of the profit motive, and so do their employees. There are still some firms who aren’t willing to come to terms with the fact that hiring someone for a lower salary than they could get doing the same job elsewhere isn’t a competitive tactic. If there is a genuine budgetary constraint, then that’s unfortunate. But if it’s just hoping you can get something for nothing, or that a good candidate will sign on without reservations, it’s an approach which yields mixed results. The same goes for benefits. If your competitors offer better lunches, gym memberships, pension contributions, healthcare, holiday accrual etc. than you do, then you’re facing an uphill struggle in the battle to recruit the best.

London is a small place, regardless of its population. Everybody talks, and worse, everybody exaggerates. If a company gets a reputation for having a bad culture it can severely affect hiring. Even if the offer and job spec are exactly what the candidate is looking for, they might still wrestle with the question of “do I really want to work there?”

5) Don’t rely on your brand

It’s true that some firms have a justifiable pedigree in their field, and there’s nothing wrong with taking pride in it. But sometimes they think it’s a bigger factor in people’s job search than it really is. True, many candidates want to work somewhere with a big name, but most aren’t prepared to do a job they don’t like at a wage they don’t want in an environment they don’t respond to for the sake of it. Predicted job satisfaction usually wins out. ​