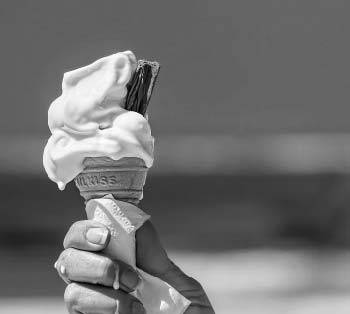 This sounds the exclamation of both the irate ice cream purchaser and, alas, the occasional client. The former problem is easily fixed and has no long-term consequences for anybody (unless you take ice cream very, very seriously). If only the same could be said of the latter… But sometimes we lose sight of the fact that in life we’re always part of something greater than ourselves. Such a mindset underpins that looming horror which blights temp desks throughout the land: “flakery” [cue: clap of thunder/ominous nightmare music]. Flakery is an ailment which all temp consultants must combat. Early signs are when a candidate reschedules their registration with the agency more than twice or just doesn’t show up. Later symptoms include: dropping out of bookings on the morning they’re supposed to start; being upset reason other than they “aren’t feeling it”.

Sound familiar? Thought so. Temp consultants have only one weapon in the battle against flakery: swift diagnosis. The only problem is it’s quite difficult to do. People are entitled to the benefit of the doubt and second chances. They’re also complex, and while all consultants have spotted a flake on arrival, we’ve also interviewed people we thought were solid as Gibraltar only to discover we were completely, horribly wrong. These “sleeper” flakes are the most disappointing, shaking our confidence to its core.

However, a consultant’s bruised ego isn’t the only thing damaged by flakery. Hardworking and faultless candidates who are unluckily ill the Friday before a bank holiday might now be tarred with the same brush. Are they sick? Or are they flaky? Worse still, client relationships can be set back dramatically if a consultant accidentally puts forward a flake. And what of the flakes themselves?

London is a small town, and undoing a bad reputation is far harder than making sure you don’t acquire one. The interesting thing about flakery is that it underlines just how “temporary” temp work is. There is no employment contract. There are no obligations beyond not breaking the law. If a temp chooses to leave there is no legal power on Earth to stop them, just as there’s nothing to prevent a temp being dismissed without notice or cause. That’s what makes flaking so easy and risky; the pre-existing uncertainty surrounding temping is exacerbated when a flake enters the equation; now there is a lingering fear that all temps could drop everything and leave on a whim.

Consultants work extremely hard analysing and deconstructing their candidates to make sure that doesn’t happen. If one flake slips through the net, we’re back to square one. Flakery will always be with us because its root cause is human nature.

We can’t guarantee where it’ll strike next, but at VWA we will do our level best to make sure it doesn’t spread to our clients. We might not always succeed, but nobody will try harder to make sure you get your raspberry ripple sans flake.​