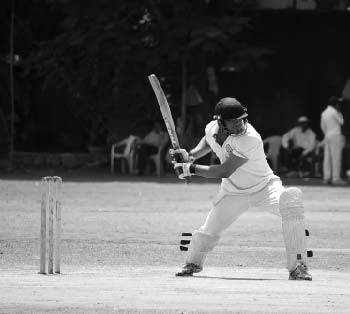 ​There was once a time when English cricket arranged itself along social lines instead of pure skill. ‘Players’ were professionals, often from humble backgrounds, who were paid for their work at the crease or in the field; ‘gentlemen’, on the other hand, sprang from privilege and were strict amateurs who received no payment since they had independent means. Eventually this system was abolished, largely due to amateurism being a poor recipe for competitive sport; the instinct to secure victory over Australia took priority over maintaining the status quo. Therein lie two lessons: firstly, the most innovative method wins in the end. Secondly, that specialists are the future and generalists are the past. In recruitment we experience the latter quite a lot.

Along with many other mistakes, in youth I nurtured the desire to be a lawyer. I duly undertook my conversion course and combined the alarming workload with a plethora of networking events. One of the comments I heard again and again from barristers and solicitors alike was “I probably wouldn’t get in these days.” Largely made in reference to the academic standards required to join their firm or chambers, the frequency of the observation was as noticeable as the varying ages of the people making it. It wasn’t that it was harder actually being a lawyer than it used to be; it was just more difficult becoming one.

The same is true for the finance world. The 1980s are often seen as the heyday of the free market, but those deregulated, pre-internet times are a far cry from their descendants. Deals were based as much on relationships and hunches as they were mathematics, whereas now the balance has tilted in favour of quick and complicated number-crunching, and the master’s degrees that go with it.

In fact, across the board the opportunities for the amateur dabbler have fully contracted over the last half century, and now the all-rounder looks similarly under threat. Bright and knowledgeable candidates with good degrees in non-technical subjects are finding it ever harder to secure work which is stimulating and well-paid. Sometimes they don’t even know where to start. At the same time, the jobs they can secure easily are ultimately those which they would never want long-term, either because of the content or the wage packet. Or both. But that’s where they languish for lack of better options.

The question therefore arises: how do you navigate this landscape? Well, you can do what yours truly and many others have done, which is muddle through and hope it turns out alright. But that’s not exactly safe. Alternatively, you can do your best to anticipate what’s coming and stay ahead of the curve. For that you’ll need to do research and seek constructive advice. VWA can help you with this. And we hope you’ll let us.